Another year; another Warrior Dash.

Last year it was exciting—we had never done one, we were into running and already had a few races under our belts. This year…not so much. However, the week before, we all began to infuse each other with excitement, looking forward to the “newbies” on the course, and their Facebook lamentations regarding the possibility of death.

And we finally decided our uniform of choice—ugly shirts. Basically we all went to a thrift shop and bought the ugliest shirt we could find. The winner—a red silk shirt with Dogs Playing Poker on the front and back. Iconic. On Friday Night we went out to eat in our shirts at Bad Brad’s (the best BBQ in Detroit Area.) It was humorous how many people from other tables were wearing shirts that fit right in with ours.

Because of the difference in obstacles, it is difficult to gauge whether one improved on their time. Additionally, last year I ran with my son, so I wasn’t running my normal pace. I was three minutes more than I wanted, but I hadn’t expected so much time on the obstacles, either.

Without further ado…here I am entering the final mud pit (with barbed wire so you had to crawl.) No, I am not going in gracefully; yes I am falling: 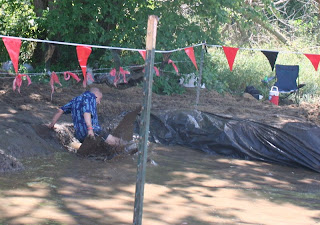 View of me crawling through mud pit:

And "racing" to the finish line: 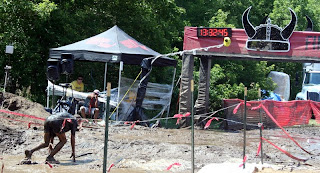 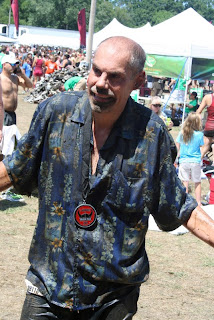 Signed up for next year. This time, the whole family (Wife, two daughters and son) doing it as well.
Posted by DagoodS at 11:05 AM 3 comments: